Okay I have an admission to make.

After coaching soccer for almost 10 years – I have only just invested in my very own coach whistle.

Yeah, I’ll be honest after being taught how to whistle using my fingers as a child by my step father – I can whistle pretty loud. So it just seemed logically to use my fingers for 9 years of my career.

That, and also I coached in many environments where my voice would travel; schools halls, indoor facilities and what not.

But, as my good old friend Terry would say ‘You have to save your voice man’ – After using his voice so much throughout various summer camps he now has a permanent speech issue where he’s damaged his vocal box.

All because he used his voice and not a whistle.

Now, even though Terry can’t reach the volume he could before – he’s still a very good coach, he can still control a group and he can still get his coaching points across clearly – he just simply uses a whistle now instead of shouting at the top of his lungs.

But, if unlike myself and Terry, you already knew this simple fact, here’s a few other reasons to invest in your very own whistle when you’re coaching;

They’re not just an accessory. They’re a tool. They’re an essential tool.

So in short, there’s a quite a few whistles on the market – which one too chose becomes a little bit of headache.

So with that in mind, here are my top 5 picks to not only save your voice, but to be a better coach… 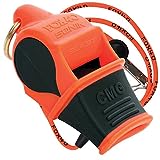 Fox whistles have been the go-to whistle for referee’s and officials for years. And for good reason – these things are the crème of the crop.

Best for coaching outdoors and when you need to get an attention of a large group. It also would do really went at any sports events you might have planned, think; schools sports days and tournaments.

I personally wouldn’t recommend it for use of indoor halls – although it’ll work (extremely well in-fact) the loudness might be a little overkill for confined sports hall.

It’s got a nice shape, not like the usual ‘suspects’ and this partivular package on Amazon gives you the choice 20+ designs and colors giving you more than enough choice. 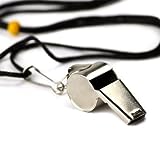 This time, a more traditional whistle from Crosw Sporting Sporting Goods. Not much to report here other than the fact it’s one of the more popular traditional whistles on the market – and if the FOX 40 seems a bit over the top then this whistle might just be your next best option. 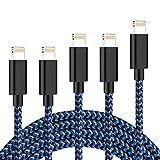 137 Reviews
A & L Personalized & Engraved Coaches Whistle
If you want to give you whistle a little more of a personalized feel to it - then this one from A & L might just be better...
$34.99
Buy on Amazon
[wpsm_divider top=”20px” bottom=”20px” style=”solid”]

Something a little different with this one.

With this one you have the option to engrave a name on the front side of the whistle. The design comes in a gold finish, complete with a presentation box 14 fonts to choose from.

In regards to the quality of the noise – I wouldn’t expect it to be as hard hitting as the FOX 40, but for normal coaching sessions you shouldn’t have a problem.

Again another traditional designed whistle with the option of engraving and personalizing it. Whether that be for someone you know –or to ensure no one at the club / school ends up accidently using your whistle…!

Wrapping it all up…

Summarizing the above whistles; if I was to choose one, I personally would go with the FOX 40. Although I wouldn’t recommend it be blasted within the walls of an indoor facility, it does allow certain amount of control of the loudness of the whistle more other traditional whistles don’t.

That said however, if you want something that’s feels and looks like a traditional whistle that comes in considerably cheaper then I’d say go with the Crown Sporting Goods.

Overall, a whistle is a whistle – and the main thing to take away from this short review guide is that every coach should have a whistle. Don’t be like me, and certainly don’t damage yourself to point of no return either.